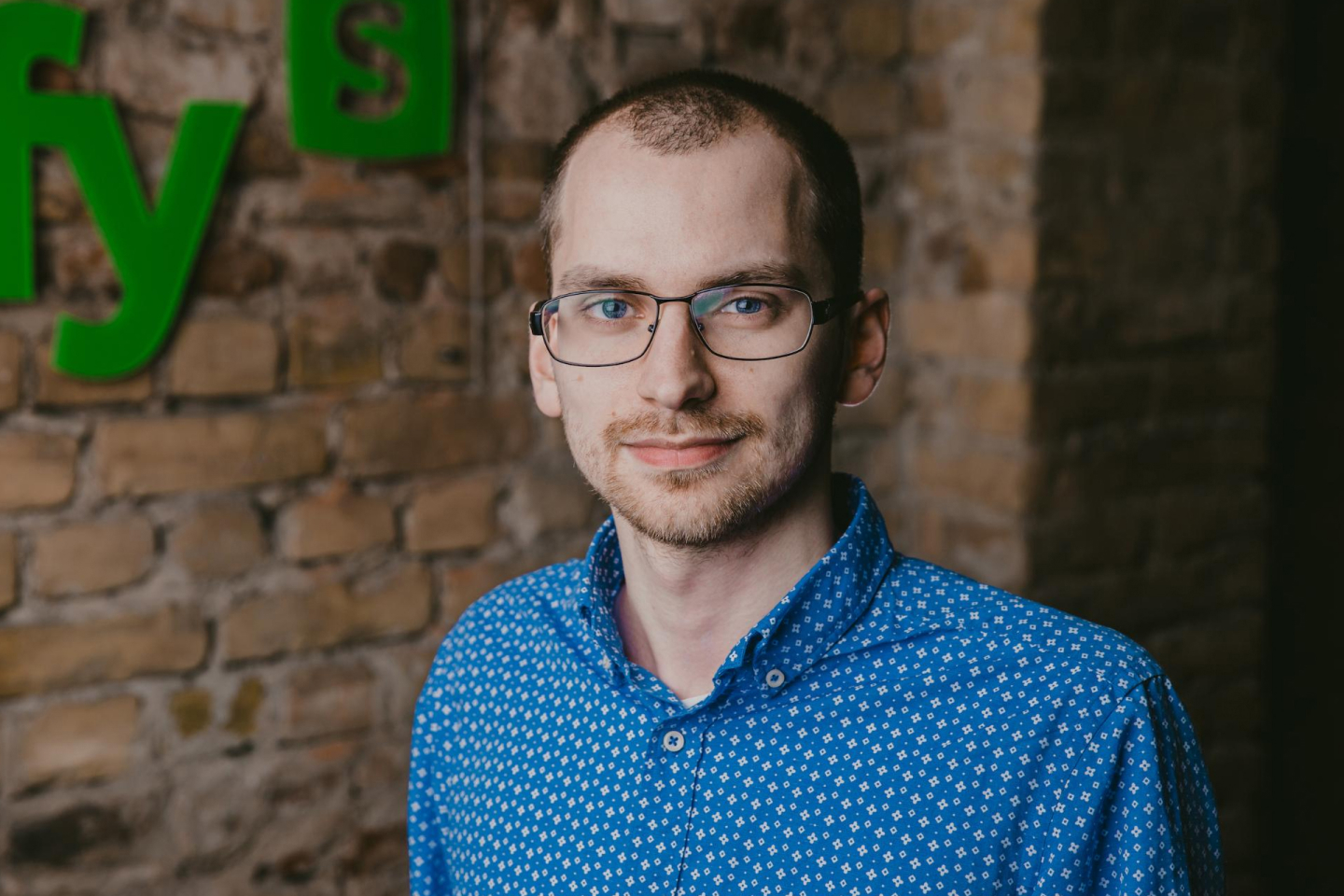 Previously he was a marketing lead at Sellfy and product manager at Soccerstand. Where does he see himself in five years? Becoming an ex-SEO.

How Did You Become a Marketer?

I got my first real job as a marketer by tweeting Sellfy’s CEO Maris Dagis directly. I don’t even think there was an open position for a marketing role at the time. I just thought Sellfy was the best local startup - so I reached out, and it worked. First as an internship, then as a full-time marketing role.

This is an email I sent as a follow-up with a link to a small landing page, with 10 reasons why they should hire me. Later Maris told me that it was at this moment he knew it would be a good idea to hire me.

I’m mostly doing link building these days, so the main tools of the trade are Ahrefs, Sitebulb, Screaming Frog, and ScrapeBox.

The nature of the beast is such that we also need to send out a lot of emails, so we’re using Hunter, Mailshake, and VoilaNorbert for that.

As a tool connecting it all, it’s Google Sheets of course.

I also found out that it’s relatively cheap to automate a lot of the tasks in Python, and it’s not as expensive as you would think to hire developers on Upwork.

For example, we now have a script that takes thousands of keywords as input, checks what sites are ranking in the Top 100 in Google for these queries using Zenserp API, then enriches this data with Ahrefs metrics. This way we can find link building opportunities in any new niche.

So we have about 4 or 5 custom Python scripts that work with large amounts of data that previously required manual labor, many Google Sheets formulas and most importantly took lots of our time.

We also developed some custom Chrome plugins for our own use. Like for example, we have one plugin that searches if Google indexed any pages, where the robots.txt file specifically asked Google not to do that. Comes in handy during SEO audits.

What Skills Do You Need To Be a Good Marketer?

If I had to pick just 1 skill or even a personality trait - I’d say curiosity.

Five years ago, I’d probably say that to be a good marketer, you need to be a T-shaped marketer. Today I just say - focus on the basics, really understand them. Whatever that means for the discipline you’re pursuing.

What Influenced Your Career as a Marketer the Most?

I guess I’d have to say that the regret minimization framework played some role and helped me make better long-term decisions.

Finding and closely following like-minded peers like yourself and Nat Eliason was also tremendously important for me early on.

It allowed me to see what’s possible to achieve on the Internet. Since you shared so many personal stories, and it was easy to follow your progress, the whole experience was very relatable. It’s much more inspiring than just taking a look at someone’s monthly affiliate income report.

What’s the Best Marketing Investment You Made in Your Career?

Following the step-by-step procedures outlined in TTT’s Money Site from Scratch mini-course enabled us to build a website from 0 to 10,000 visitors in less than a year. And sell it to one of the biggest ecommerce platforms (that rhymes with iota phi) for a 5 figure sum.

The problem with paying $119 per month is that it’s scary. If you’re just starting out, that’s a lot of money. And you can’t join a 14-day trial in a community like that.

But it’s really worth it. You get to ask questions to some really smart people in SEO and marketing. If you’re just starting, you can get leads from friendly competitors. There are countless other opportunities as well, it’s nothing like other communities you’ve seen.

It’s the best way to learn and stay informed in SEO. Nothing I tried before or since comes close.

What Are the Most Important Marketing Statistics and Numbers in Your Business?

GetFoundXL is a link building agency, so we need to send out lots of emails every week to get those links for our clients. We build more than 300 links in a good month while sending some 10,000 emails or so.

Here’s a little behind the scenes screenshot of our email outreach efforts. You can see the actual moment where we switched from a more automated approach to site vetting to a manual process, where my teammates started to look through each site that we reached out to in detail.

You can also see that we fuck up - the yellow spike in email bounces is someone forgetting to do the email verification step with VoilaNorbert.

My co-founder Justas Markus recently shared his journey on Starter Story titled How I Started A $35K/Month Agency Specialized On Link Building, you might want to check that out as well for more statistics and numbers from our business.

That you need to be building backlinks from high DR/DA sites.

I’ve seen many companies focus their link building solely on going after DR 70+ backlinks because Neil Patel or some other expert said so. In many cases it won’t get them the results they want, sometimes even result in their traffic tanking.

And often when you start to take a closer look, it becomes apparent that these DR 70 sites were either not really topically relevant or, if you looked at their organic traffic, it was rapidly declining. Or they had any number of other issues that these sites typically have. Last time I checked there were at least 5 different ways to make your link worthless, even if it appears that it’s dofollow.

I think as a very simplified rule of thumb, for most people, just focusing on building links from real sites with some organic traffic will be enough. It’s easy in the beginning but gets harder once you try to scale it. For a much more sophisticated take on link relevancy, I recommend checking out this thread.

What Marketing Trends Do You See in Your Industry?

In the constant battle between Google and black hat SEOs, the tides have shifted. AI-based tech like deep learning-powered language models, specifically GPT-3, is giving spammers a significant leg up. Combining that with other AI tools will enable mass production of video and audio content. It will take Google a significant effort to free search engine result pages from AI-generated content.

There will be a massive explosion in the amount of content produced with AI in the next 5 years. Don’t believe me? Just take a look at what’s possible to achieve right now on this subreddit. The results are spectacular, creative and it’s scary how fast things are moving.

This, coupled with Google’s regulatory challenges in the USA, Europe, and Australia possibly will open the door for a new form of the search engine to take some market share.